January is traditionally a lazy month, spent mostly in hibernation. After a very mild December, a return to cold and windy conditions was a bit of shock to the system.

The warbike project continues; dipping a toe into the post WW1 period. Tracked motorcycles would you believe! This will be a long research period which will run in the background. However, if you have any information about military motorcycling during the interwar period please drop us a line at warbike@fenlandclassics.co.uk We have already had contact from people with information on testing and sales of ex-military WW1 bikes.
The time in the warm was used to finish the Brooklands Great War 100 event film which is now available via FenlandClassicsTV below:

Last but not least Warbike: British Military Motorcycling1899-1919 is available via the link below.

We did crawl out for Eric Patterson’s excellent Jumble. We had repro vintage and veteran parts as well as later used parts on offer. There were some real bargains to be had in the Triumph department. We also have semi-liquid gearbox grease for Burman boxes. I have previously trawled Kempton for this grease without success; but when you have it nobody wants it! Anyway if you do need some gearbox grease drop us a tweet (@fenlandclassics) and come to the next Jumble in March. 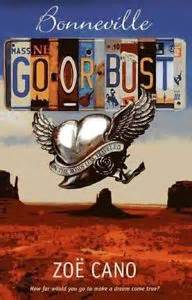 Bonneville Go or GoBust is an excellent winter read from Motorcycle Traveller Zoe Cano. I caught up with her a few weeks ago to discuss the book and plan an Adventure Touring Evening with the Vintage Motorcycle Club, I will be joined later in February by Zoe and other riders to talk about preparation....or not! and just why do people ride off into the wild alone.

Bonneville Go or Go Bust: On the Roads Tess Traveled is available on Amazon or catch up with Zoe at the Carole Nash MCN Show at the London Excel Centre 12-14 February 2016.

During January we had a bit of fun with a Twitter Documentary following the rebuild of the Doug Earle Cotton Jap. This beast is being restored to Earle’s original vision of a Brooklands outer circuit racer. The full story will appear after the project is finished. The Brooklands Motorcycle Team also hope to take it out on tour to various events in 2017. Here are a few pictures of the project so far.


Catch up with the next blog in March.